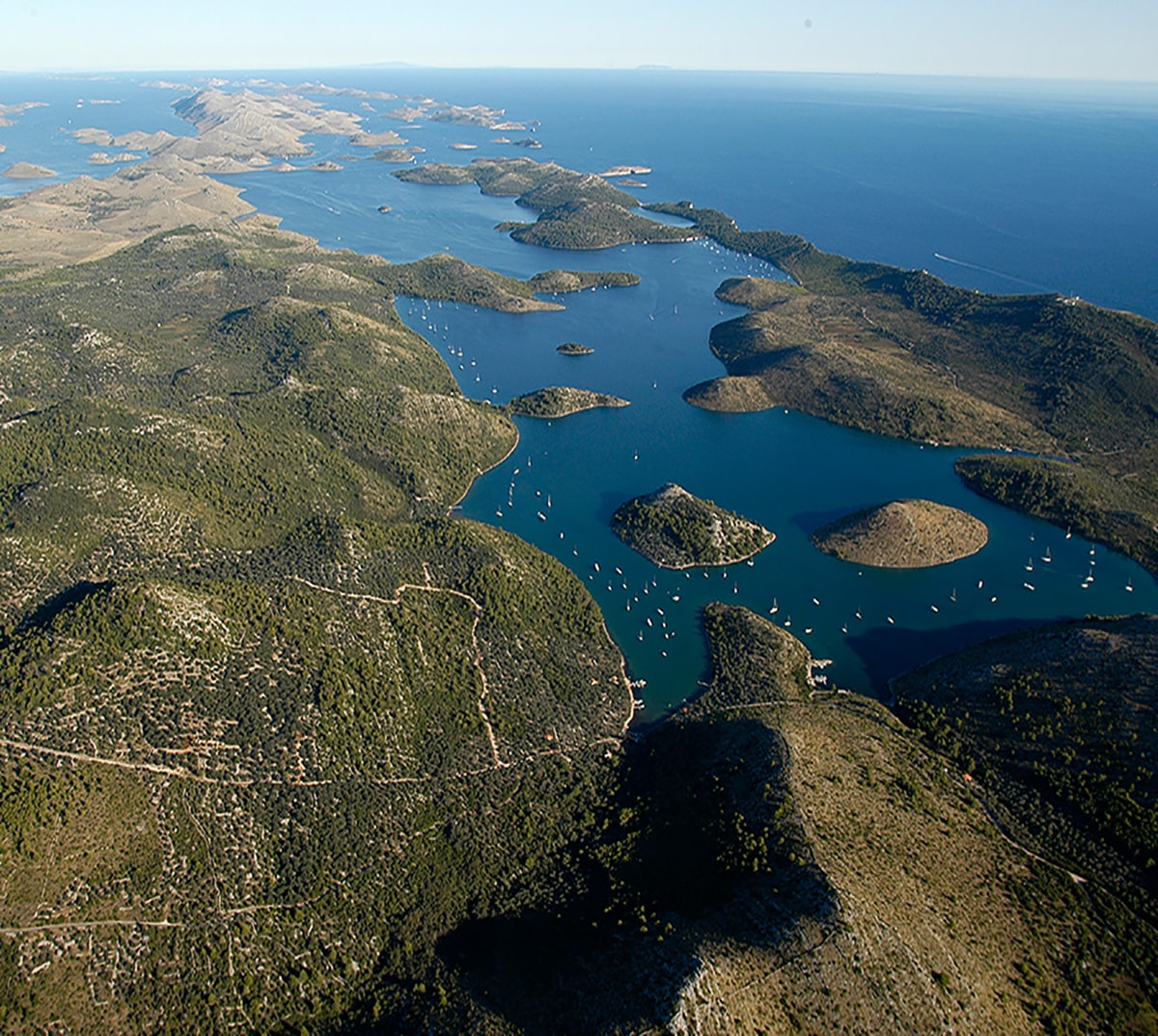 Nature Park Telašćica is located in the southeastern part of the island and with the surrounding waters as well as 13 islands, islets and rocks it makes a miraculous harmony of nature on 70,5 km².
‍
The contrasts of nature is very expressed here with peaceful bays and rugged cliffs, forests of Aleppo pine on one side and Holm oak on the other side, the area of cultivated fields of vineyards and olive-trees, as well as the area of rocky meadows. The Mediterranean vegetation is represented in the park with more than 400 plant species as well as numerous rare and endemic plants that have been recorded. Read more... 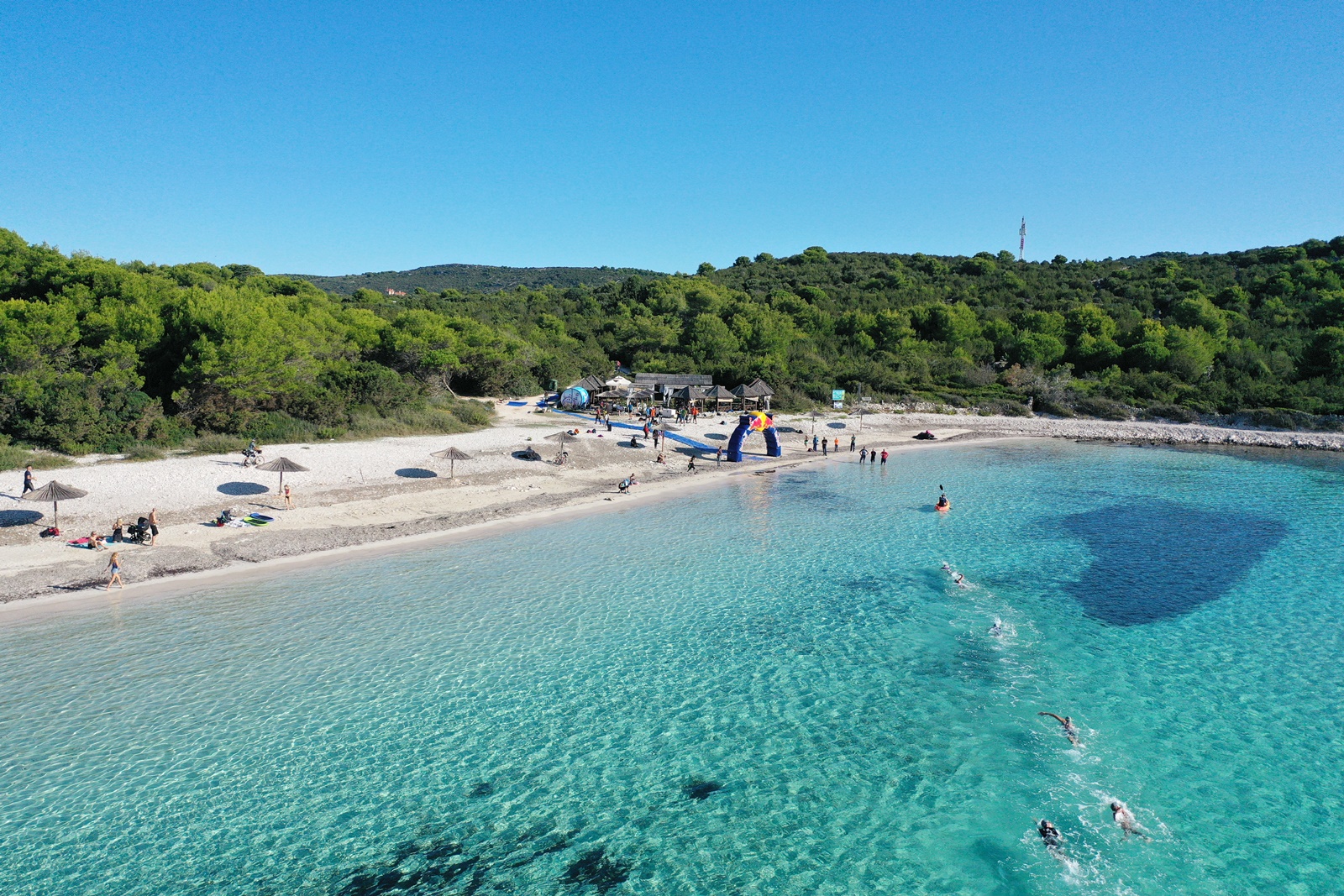 Sakarun is one of the most famous beaches in Zadar County, located on the northwest coast of the island.

‍The beach gained its reputation with the whiteness of the sand and clean sea, surrounded by pine trees that provide a welcome shade in the summer. It is about 800 meters long and at some 250 meters from the shore it is 3.5 meters deep, which means that the bathing area is extremely large and shallow and suitable even for young children. Read more... 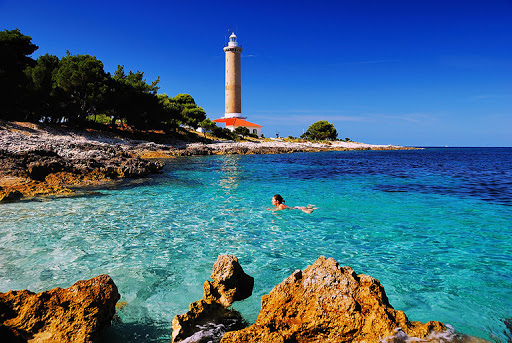 The imposing lighthouse is located on the north-western tip of Dugi otok, near the place Veli Rat.

It was built in 1849 and it is 42 meters high and today it is the highest lighthouse in the Adriatic. It owes its impressiveness to its yellow facade, for which, according to oral tradition, 100 000 yolks were used. In the courtyard of the lighthouse is the chapel of St. Nicholas, a place increasingly in demand for organization of a romantic wedding. The lighthouse offers also apartment accommodation. Read more... 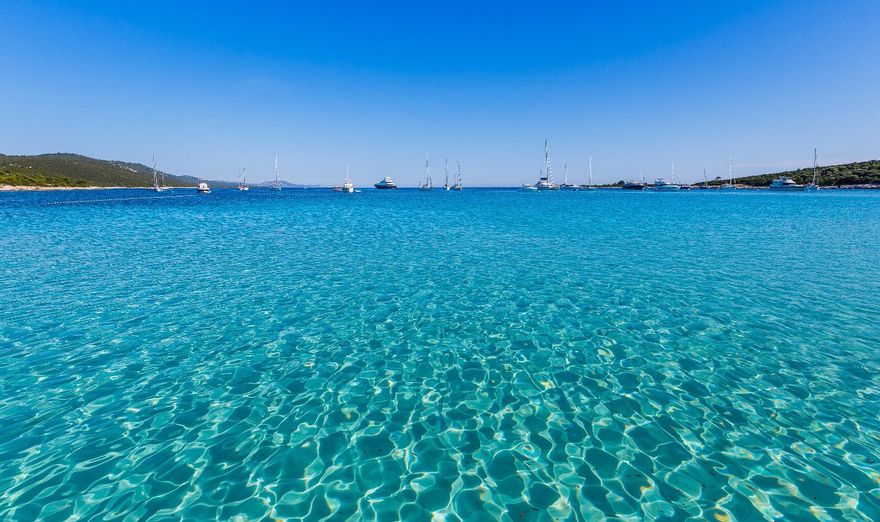 One of the most beautiful natural resources of Dugi otok are certainly its beaches and bays.
It is very easy to take a swim on Dugi otok as wherever you turn you’ll have fascinating clear, blue sea attracting you with its beauty.The hidden coves where you can find charming, untouched beaches, represent a challenge for researchers, but also to all those who want privacy and peace.Sakarun, like many other coves on Dugi otok is a safe harbour for sailors, and thus makes Dugi otok an ideal place to find shelter from the powerful forces of sea and wind. Read more...

‍However, considering the immediate vicinity of the cave Vlakno, which represents an exceptional location as well as the caves Goat and Badanj, we can suggest that this cave, thanks to its geographical position, at the very least served as a temporary habitat for early human populations on the island. A flint artefact, a small knife from the Stone Age, was accidentally found and due to the shape of the rope and the handle it is possible to date it to the Neolithic representing a rare finding at this moment.
www.strasnapec.com